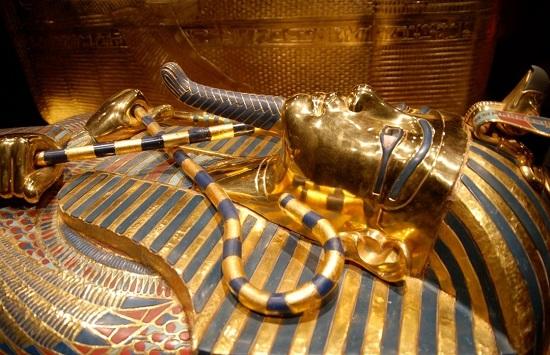 The notion of women using cannabis throughout history may seem dubious. Given the relative novelty of the cannabis industry here in the United States, you may not think cannabis use had much of a presence before Hash Bash and the 1960s.

Or maybe you’re aware that it was around in the 1920s as social mores were being questioned. (Jazz cigarettes, any one?)

But in reality, cannabis use is not unique to the 20th and 21st centuries. Nor is it unique to men.

The cannabis plant has gotten play for many MANY centuries. And it seems there was more than a handful of women curious about its effects – both medicinally and recreationally.

Some of them may surprise you.

Hatshepsut was an ancient Egyptian pharaoh who lived from 1508 to 1458 BC. It can’t be proven that she used cannabis as medicine, but it seems highly likely. The Ebers Papyrus was a medical papyrus of herbal knowledge from her time that dates to circa 1550. In it, there are details about using cannabis for gynecological purposes.

Their word for it was shemshemet and it was ground into honey and inserted in the vagina to help manage pain during childbirth. It was also taken by the mouth or by means of fumigation to treat other medical conditions.

Chances are, Hatshepsut and other top ranking women in Egyptian society were aware of (and participated in) cannabis use.

Just as with Hatshepsut, there’s only a strong likelihood that Joan of Arc used cannabis. There’s no way to prove it.

Young Joan grew up in the countryside where paganism was the rule of the land. And pagans were known to openly use cannabis and psychotropic mushrooms. Whether the voices from God that Joan heard were the result of psychedelics or mental illness, the Catholic church didn’t take too kindly to pagans communicating with God. Especially women pagans.

As such, the Catholic church tried her as a witch. And Charles VII, the French dauphin whom she assisted in defeating the English Army in 1430, turned a blind eye when she was accused of using witch herbs and subsequently burned at the stake.

Despite all of this, she showed extreme clear-headedness during battle and swift recovery from war wounds. So there is speculation that cannabis may have lent to this.

When you think of the author of Little Women and its sequels, you may not be surprised to learn of her rebellious spirit. After all, the character of Jo was modeled after her.

But for a woman coming of age in the early/mid 1800s, you may not have considered there was the possibility that she partook in hashish. Yet some of her other writings seem to suggest this. In one such story that involves two would-be lovers getting high on “that Indian stuff which brings one fantastic visions,” she gives a very detailed account of how it felt to be high. The final line of the story is, “Heaven bless hashish, if its dreams end like this!”

In another story, a character ingests hashish candy and finds that “an inward excitement possessed her, a wild desire to sing her very heart out came over her, and a strange chill which she thought a vague presentiment of coming ill, crept through her blood.” Even if Alcott herself wasn’t using cannabis, someone in her circle certainly was.

The Victorian era – named after the reigning Queen Victoria – was the height of prudish conservatism. It may be that the good queen was falsely represented though.

It is well documented that she was given cannabis by her private doctor  for relieving menstrual cramps. He felt that when properly used, cannabis was “one of the most valuable medicines we possess.”

Queen Victoria wasn’t exactly smoking down though. Liquid concentrations, or tinctures, of cannabis were the most common way of administering it in the late 1800s. A little went a long way.

Although the same can be said for cannabis tinctures today!

Join the Ranks of Cannabis Users Insisting on Quality

Whether you become known some day as a man or woman using cannabis throughout history is completely inconsequential. What does matter is that you use only the highest quality cannabis today.

Click here to find out where we sell our top-shelf product from our state-of-the-art facility.