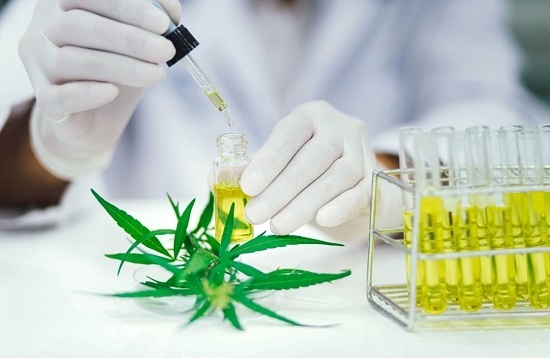 As millions of veterans continue to self-medicate from ailments caused by their time in the military, the VA still rejects cannabis research. And these veterans find it frustrating – to say the least.

It doesn’t seem to matter that along with veterans, there are bipartisan calls from Congress as well as doctors to allow such research. Without it, the VA continues to put the kibosh on cannabis recommendations. Even in the 36 states where it’s medically legal.

Meanwhile, veterans needlessly suffer. And many may even be experiencing negative effects from lack of awareness of inappropriate use.

Research More Important Than Ever

Post traumatic stress disorder (PTSD) as a result of battlefield trauma is a very real condition. The VA itself is the first to note a variety of studies that indicate how PTSD contributes to higher rates of suicidal ideation. And while there’s been no research permitted to back it, many veterans claim anecdotal evidence stating that cannabis reduces the effects of PTSD and the insomnia that can worsen it.

Nevertheless, these veterans feel the need to hide their cannabis use from VA doctors and are relegated to their own research on the safest and most effective ways to utilize it. Among their sources are YouTube, online research papers, and employees at provisioning centers.

What’s more, according to a figure from the VA itself, an average of 18 veterans per day committed suicide in 2018. And this year, calls to the Veterans Crisis Line increased by 6% in the weeks after the withdrawal from Afghanistan. Sadly, it’s the veterans who fought this longest war in America’s history who have the highest rates of cannabis use to address their ailments. Yet another battle they’re fighting on their own.

Meanwhile, lawmakers are wary of policy changes that aren’t backed by cogent information. They simply lack the facts on the pros and cons of cannabis use. The lack of research is also one of the most-cited reasons for lawmakers including President Joe Biden to pull back the reins on taking federal action on cannabis.

Meanwhile, on Capitol Hill, officials from the National Institute on Drug Abuse have testified to Congress that there is “substantial evidence” to suggest that cannabis is effective in treating chronic pain. They have repeatedly urged Congress to boost research into the other potential positive and adverse effects of cannabis use.

Some senators and representatives are listening.

Representative Lou Correa (D-California) introduced a bill that would instruct the VA to study cannabis for PTSD, depression, and other diseases that plague vets. And Senator Brian Schatz (D-Hawaii) introduced an amendment to a defense spending bill that would enable VA physicians to recommend medical marijuana. Both the bill and amendment have broad bipartisan support. Even so, neither has reached a floor vote in either the House or Senate.

As the battle wages on, veterans receiving healthcare from the VA are confused about the gray area where cannabis currently resides. While they’re permitted to discuss cannabis use without repercussions, many fear doing so since it’s still federally prohibited.

Both the VA and the Department of Justice get squeamish about conducting trials of plant-derived cannabis when for therapeutic purposes. They regularly approve studies that focus on its potential negative effects though.

It’s easy enough to say that they’re working from antiquated thinking and need a serious awakening. And while that may be true, it’s an oversimplification. Because of the aforementioned gray area, the administration seems to dodge anything cannabis related until they get political cover from Congress. In other words, in matters of this controversial nature, they want to be sure someone has their back.

Furthermore, the VA holds a Schedule I research license which, in theory, gives them the ability to research any Schedule I drug. But since the Department of Justice defines a Schedule I drug as having “no medical use,” this could create problems for the VA researching cannabis for medical purposes.

Yep. As with so much else in this burgeoning industry, it’s complicated. And unfortunately, veterans are caught in the crossfire. Again.

How Much Do You Know About Your Cannabis?

Even as the VA still rejects cannabis research, you can feel confident in knowing that premium cannabis from a state-of-the-art grow facility is always available to you. Veteran or otherwise. If you’re interested in experiencing stellar cannabis from our high quality source, simply click here to find our products near you.