A Brief History of the Joint 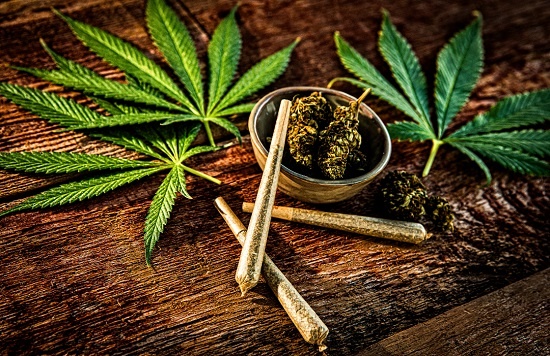 When was the last time you sat back and enjoyed a pre-rolled joint? Maybe you’re more of a connoisseur and like to roll your own joints with high quality strains and special papers.

Whatever the case, you may not have ever given much thought to the history of the joint. And that’s okay. It’s not a prerequisite or anything.

But if you’re interested in the journey the joint has taken through time, we’re here to educate you.

A Brief History of the Joint

Let’s roll back to the beginning of the 20th century for a moment.

It was during this time that cannabis was beginning to gain widespread popularity. This was likely encouraged by the Rastafarian movement, as well as it being favored by jazz musicians who didn’t like the loss of motor control that came from alcohol. So during this time, it wasn’t unusual to see joints passed around far more in the Black communities.

The popularity of cannabis skyrocketed further with alcohol prohibition in 1920 though. Underground and illegal speakeasies popped up to provide folks of all shades a place to drink bathtub gin and listen to jazz. Soon enough, patrons were enjoying “jazz cigarettes.” The nicknames for cannabis cigarettes blossomed from there – including “reefer,” “joint,” “killer,” and “goof butt.” (The latter two not having the same staying power.)

And while taking a sip of whiskey could throw you in jail, smoking a joint wasn’t illegal back then. In fact, the term for someone who smoked cannabis was Viper.

So it may well seem that this was the time that the joint was born. But it was actually much earlier than that.

Cannabis has been utilized as medicine for a long time all over the world. It seems, however, that recreational use of the joint probably began in the 1850s in Mexico when laborers started mixing cannabis in with tobacco in their cigarettes. And there are still plenty of cultural ties to cannabis’s Mexican roots. Interestingly, the word “roach” was derived from the Mexican song “La Cucaracha,” which tells the tale of a cockroach who’s unable to get up because he hasn’t any legs – though some assert that is was actually because he had no cannabis to smoke. Hard to say.

Either way, cannabis cigarettes were commercially advertised as early as 1870 in The Boston Medical and Surgical Journal where they were marketed as a treatment for respiratory ailments. They were branded as Grimault’s Indian Cigarettes and were even more widely available by 1907 – a good ten years before the advent of the cigarette rolling machine.

By the 1930s though, word was out of the dangers of jazz cigarettes and the reefer madness caused by their consumption. And with the federal passing of the Marihuana Tax Act of 1937, possession and sale of the plant was outlawed.

The 1960’s counter culture realized they’d been duped by the propaganda of “Reefer Madness” and the joint came back strong. Even though it was still illegal to do so, smoking a joint quickly became the ultimate non-violent expression toward resisting authority. It brought folks together in an act of peace, love, and revolution.

Hippies developed fashion trends with belt buckles and jewelry that included disguised roach clips so they’d always be prepared for any surprise spliff that came their way.

Perhaps one of the most popular places for joint smoking was among the American troops fighting in Vietnam. Commanders claimed that 70-80% of their troops had at least tried it. And marijuana usage became common on many bases where officers allowed under-the-counter sales of real cigarettes that had been emptied out and filled with cannabis. They even went so far as to reapply the cellophane seal so the doobies would remain discreet during military searches.

Of course, this wild popularity of joints also created a boom for rolling paper manufacturers. Specially designed rolling papers with psychedelic patterns and pro-marijuana rhetoric were all the rage.

Fast Forward Back to Today

The history of the joint may not be long and illustrious, but it seems pretty likely the time-honored tradition of enjoying a joint is here to stay.

If you’re a fan of the doobie, reefer, or goof butt, be sure you’re using only the best quality and rigorously tested cannabis in it. Click here to find out where you can buy high-end cannabis from our state-of-the-art facility.