The Dirt on Growing Cannabis with PGRs 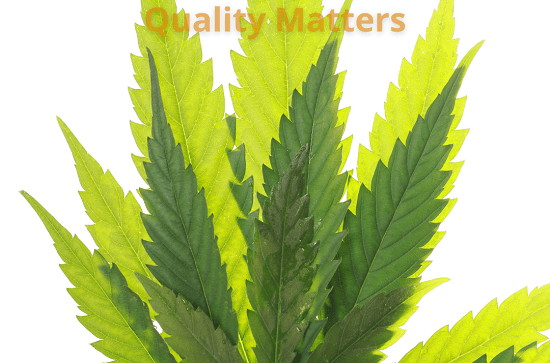 As high-end cannabis cultivators, it’s important we stay aware of the latest in cultivation techniques so we can avoid those that are less scrupulous.

The latest in highly questionable methods is growing cannabis with PGRs, or plant growth regulators. While they boost cannabis bud production, these artificial hormones also negatively impact the flavor of cannabis.

In addition, the safety of PGR cannabis is in question.

The Problem with Growing Cannabis with PGRs

Plant grown regulators interfere with natural cell growth. They encourage cannabis cells to divide rapidly so as to create thicker and more dense nugs to increase total weight. But it also messes with terpene and natural cannabinoid production.

This is not to say that all PGRs are bad though. There are actually non-toxic PGRs such as kelp, chitosan, and triacontanol that are considered generally safe. In addition, plant growth-promoting rhizobacteria (PGPR) are friendly bacteria that offer plenty of benefits that increase yield. They’re considered the probiotics of the plant world.

Even so, most cultivators who are using a PGR are more than likely using one that contains chemicals such as paclobutrazol, daminozide, or chlormequat chloride.

Paclobutrazolis the most common of the above listed three synthetic PCRs. Anecdotal evidence suggests that paclobutrazol can transform into chemicals called “nitrosamines” when exposed to heat or combustion.  Nitrosamines are carcinogenic compounds that could increase cancer risk.

There is also concern that paclobutrazol could have long-term health effects on male reproduction and liver health.

As the second most common PGR in cannabis, it’s believed that daminozide (also known as Alar) increases the plant’s bud structure by blocking growth pathways to the stems and leaves. Interestingly, while permitted by the EPA for use in ornamental plants and flowers, daminozide is banned by for use in food crops because it’s considered a carcinogen.

This third and least common PGR is not as well-studied as the other two. But it more than likely retards growth to the stem and leaf like the other two. Similar to daminozide, Chlormequat chloride is banned by the EPA for food crops as authorities believe that it can cause significant eye, throat, and heart issues at high doses.

So How Do You Distinguish PGR Weed?

It’s important to note that you can’t always identify PGR cannabis by merely looking at it. But there are some tell-tale signs that you may be dealing with it.

First, the nugs on the plant will feel thick and heavy in your hands. This is the whole point of using PGRs – to get that extra weight so that the grower earns more at harvest. But these dense nugs are not as green as their non-PGR cousins. In fact, they tend to have a dark brown sheen.

And if you break them apart, you’ll notice they’re not only less sticky, but they lack the pungent aroma and rich terpene profile that’s characteristic of good cannabis. There might be a slight whiff of earthiness or soil, but not much else.

Once again, some non-PGR cultivars are naturally covered in pistils or are extra dense. So your best bet is to ask about the cannabis in question.

Where Cannabis Is Grown Makes a Difference

How likely you are to encounter PGR cannabis also depends on where it was cultivated.

First of all, PGR cannabis is more likely to hail from artificial growing environments. Growers who use them are frequently indoor growers using hydroponics systems. Those growing cannabis outdoors have a lower incidence of using PGRs.

The legal climate of cannabis in an area is also a factor. Countries or states with recreational legalization, policies against using fertilizers, and robust seed-to-sale tracking are more likely to have organically grown product.

Thus, if you live in a place that has a climate allowing for more outdoor growth, but relaxed laws that don’t foster the presence of the black market, you’ll more easily find non-PGR cannabis.

Just be sure to do the research. There are plenty of state-of-the-art indoor growth facilities that eschew the use of such potentially dangerous cultivation tactics. So stick with these companies.

How Is Your Cannabis Is Grown?

As a consumer, you have every right to know exactly what you’re putting in or on your body. It’s important that you’re aware of the potential hazards of growing cannabis with PGR so you can avoid it.

The cannabis industry doesn’t need to resort to harmful chemicals in order to scale. And the more consumers who rise up against such cultivation hacks, the more likely there will be a shift toward sustainable practices.

In the meantime, insist on the best cannabis from cultivators like us who are already committed to only responsible practices. To see a map of all the places you can find our amazing products, click here.