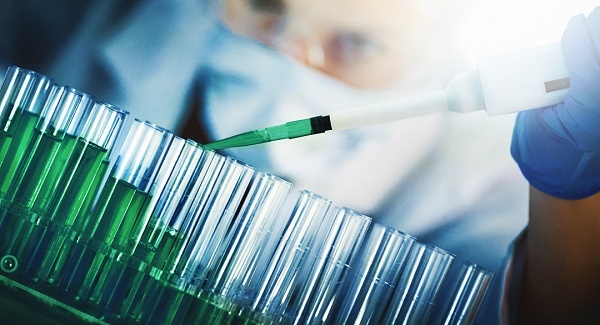 Because cannabis was (and still is, in some circles) considered illicit for so long in the U.S., it’s easy to forget that it’s a crop just like corn or soy.

As such, cannabis cultivators have taken advantage of techniques and technologies utilized by producers in commercial agriculture for decades. At the end of the day though, cannabis is trickier to grow than your standard crop.

So high-end cannabis cultivators are taking advantage of plant science and analytical chemistry to ensure safe and consistent product. Furthermore, the product must be rigorously tested – requiring a certain sophistication in cannabis testing. And that aspect has increased significantly over the past decade.

To some extent, the late entry of cannabis into the agricultural realm has allowed for growers to borrow from tried and true methods to achieve efficient production. But they’ve also needed to conduct a great deal of research under controlled conditions to gain an understanding of each plant’s genetics and how growing conditions impact it.

So it often isn’t farmers cultivating non-hemp cannabis for this rapidly growing market. In fact, producers are enlisting the services of those experienced in microbiology, chemistry, and plant science to operate these advanced facilities.

On top of those challenges, cannabis cultivators have to deal with government regulation. Their product must face stringent and external testing before it can be marketed and sold. And since cannabis is still not federally legal, growers needed to be aware of the particular testing regime for their state and stay up to date on regular changes to those regulations.

Lack of Standardization in Testing

Recognizing this all-over-the-place approach to testing was problematic, independent testing labs began popping up in the early days of the industry. But this was still the Wild West of cannabis and many of the analytical labs weren’t cutting mustard when it came to safety protocols.

There was a clear lack of infrastructure, expertise, and sophistication in cannabis testing. And the absence of federal strictures only contributed to the problem. Without access to information and with no trade association where testers could share techniques, it was nearly impossible to standardize anything.

Original testing labs were often slapdash set-ups utilizing old equipment with minimal quality control. In fact, in the very early days, a testing lab could have easily been a bedroom equipped with an analytical kit purchased on eBay.

Today, it’s strange to consider the fact that the most established labs in California have only been operating since the mid-2000s. And this in a state where medical cannabis was legalized in 1996.

Even so, analytical labs have become considerably more professional. In even just the last five or six years, most of the people in charge of current labs have PhDs and experience in the pharmaceutical industry.

Utilizing gas chromatography and high-performance liquid chromatography, they’re far better able to adopt standardized testing for purity and potency. Methods for identifying and measuring THC and other cannabinoid levels, contaminants, heavy metals, and pesticide residue are also in the works.

Trusting in the Product

As the cannabis industry continues to explode, it’s clear that there’s a growing need for the scientific community and the industry to communicate and share information.

With higher standards for testing, consumers are beginning to recognize the major difference between product from a licensed operator versus that from the grey or black market. Knowing that their product was created under a regulated environment and tested in a lab to guarantee safety and quality goes a long way toward boosting their confidence.

You Deserve Only the Safest and Purest

With improved plant science, highly experienced growers, and increased sophistication in cannabis testing, there’s no reason you shouldn’t insist on the highest-quality cannabis!

To see where you can find our pure, rigorously tested, and top-of-the-line cannabis products, click here. Don’t settle for less.