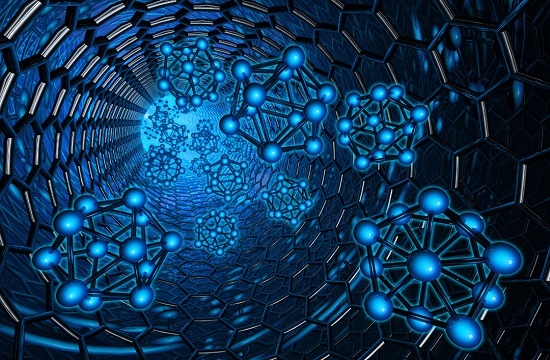 It would be nice if we had a simple and straightforward answer to the question, “is nano THC safe?” Right now, the jury is WAY out.

The truth is, nanotechnology – like so many other new and emerging technologies – is complicated. And because cannabis is still not federally regulated, it makes sense to approach cannabis nanotechnology very cautiously as it could be dangerous.

Before we dive into the safety concerns around nano THC, we’ll explore an overview of what nanotechnology is and why the industry is experimenting with it.

Are There Benefits to Nanotechnology?

To say that nanotechnology is trending is an understatement. In fact, according to a new analysis by Research and Markets, the global nanotechnology market may well hit $125 billion by the year 2024.

This doesn’t mean that it’s necessarily a good or a bad thing. What it does mean is that there is a lot more research needed – especially where cannabis is concerned. But the cannabis industry is certainly not the sole driver.

So what does it mean when we say “manufactured though nanotechnology”?

The “Magic” of Emulsification

Here’s the deal. Cannabinoids are naturally hydrophobic and lipophilic. Simply put, that means they “fear” water and “love” to bind to fats like oil. This can be problematic in situations where producers are attempting to infuse cannabis into a product like soda or water-based lotions.

Since it’s well known that oil and water do not like to mingle, they must be emulsified to come together.

With cannabis nano emulsions, ultrasonic technology is utilized to disperse one compound within the other by way of microscopic droplets. In other words, large oil droplets are broken down into particles that are tiny (nano) enough to mix with water.

Are There Benefits to Nanotechnology?

The driving force behind cannabis nanotechnology has been the pursuit of the above-mentioned better bioavailability. And research shows that there can be significant improvements to the bioavailability of emulsified cannabis products. The human body seems better able to make use of more of the cannabis plant.

Plus, some consumers feel that the rather extensive window of time before the consumer starts to feel the onset of THC with traditional cannabis edibles is too long. This is typically anywhere from 45 minutes to two hours.

Through nanotechnology though, THC particles are so microscopic that they can pass right through the digestive system and other tissues and go directly to the bloodstream. As such, nanotech edibles appear to have a much faster onset – sometimes just 5 minutes. But again, is this really worth it?

And at the end of the day, you have to strongly consider this quandary:

That IS the big question.

Research shows that nanoparticles can possess different properties than their original particle-selves. In some cases, they demonstrate dramatically new properties. This is potentially troubling.

Scientists who study cannabis say that the key to emulsification is doing it correctly. But this is difficult, given there are currently no regulations in place for making cannabis nano emulsions. This could render them potentially dangerous.

A nano emulsion is essentially a drug delivery system. Any non-cannabis drug delivery system in the United States is required by the FDA to go through extensive clinical trials. That’s because when small droplets of any drug are capable of going directly into the bloodstream, it’s important to understand the potential side effects.

Because it is a component of the federally illegal cannabis plant, THC is free from these regulations on the national level and state marijuana regulatory agencies seem almost oblivious to the fact that plenty of nano emulsion products are already on the market.

What makes it especially scary is that the bubbles for a nano emulsion are so microscopic that human cells confuse them for vesicles. That means they can go anywhere and can accumulate anywhere in the body. And what happens if they’re allowed to accumulate in the heart or brain?

Furthermore, the lack of regulations may also allow for all sorts of other environmental elements to seek into these nano emulsions, so they could be delivering a lot more than just nano THC. We just don’t know.

Thus, while the idea of consuming less cannabis and achieving the same effects might be appealing, it could be at a steep cost. So the rule of thumb is to play it safe and stay on top of the scientific research. Even if you currently see these nano THC products on the shelves, it doesn’t mean they’re safe.

Since there is hardly a satisfactory answer to the question, is nano THC safe, your best bet is wait to use these products until there is extensive research.

In the meantime, no need to skimp on quality cannabis. If you’re seeking the purest product available, click here to find retailers that carry our premium cannabis from our state-of-the-art grow house – totally free of nano THC.

And in your mission to stay on top of all the latest in the cannabis industry, keep checking back with our blog for more great articles addressing the most current and relevant issues.