Full Spectrum Vs. Isolate in Edibles 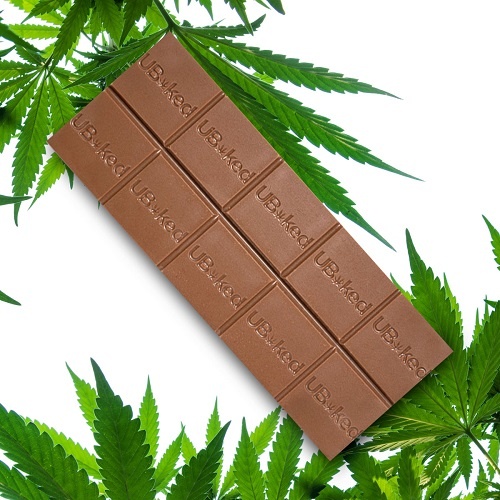 The majority of edibles today are either made with a full spectrum or isolate (also known as distillate) concentrate. But when you see this on the label, what does it mean?

It’s important you understand the difference, as it will significantly impact your cannabis consumption experience.

The easiest way to make sense of full spectrum vs. isolate concentrates in edibles is to get a grasp on what each one means. And packaging labels typically don’t help.

It Starts With the Infusion Method

The cannabis plant has an extremely complex chemical structure. It contains over 100 active cannabinoids; the most popular being THC and CBD. They aren’t the only cannabinoids that offer benefits though.

In order to reap any of the desired benefits, the cannabis plant has to distilled into a concentrate of some sort – often an oil or other fat, but sometimes alcohol. There are essentially two infusion methods: full spectrum and isolate. But there’s also a third classification – broad spectrum.

We’ll look at the distinctions here.

As we mentioned above, cannabis contains more than 100 different cannabinoids. Beyond THC and CBD, cannabinoids such as CBN and CBG have been shown to contain anti-inflammatory, anti-bacterial, and pain relieving properties.

While the other cannabinoids may not be as medically beneficial as THC and CBD, when all of the cannabinoids work in tandem, they often increase the efficacy one another. Add in the naturally occurring terpenes of the cannabis plant, and you’ve got another boost.

This process of all of the cannabinoids and terpenes working together to balance and counterbalance one another is known as the Entourage Effect.

When a concentrate is produced to be full spectrum, the unique characteristics of a particular strain and the profile of cannabinoids and terpenes that are in it carry over into the edible process. Therefore, during extraction, a full spectrum concentrate will retain the most complete cannabinoid profile (which includes THC) and all of the aromas and flavors that go along with them.

The vast majority of full spectrum oil extracts are clean, safe, and produced without chemical interference at all. However, depending on where you are, there may not be regulations that control what can be labeled “full spectrum”. So it’s important to always buy your product from a highly reputable source.

The isolate infusion method is essentially the polar opposite of the full spectrum method. Isolates are made through a chemical process whereby one specific cannabinoid is targeted and everything else is removed. In the vast majority of cases, the cannabinoid that is targeted is either THC or CBD.

Because isolates are cost-effective and highly consistent, the isolate method is a popular one in the industry. Yet for consumers, using an isolate can be dicey. They can be very potent. And since everything else is stripped away, there is no entourage effect.

That means that even though THC or CBD can be effective on their own, an isolate is not going to interact with your endocannabinoid system as productively as a full spectrum concentrate.

For example, CBD counters the psychoactive effects of THC. Why would you want that? Well, if too large a dosage of an THC isolate is consumed, CBD acts a perfect counterbalance to lessen extreme effects. With a pure THC isolate, you wouldn’t have this benefit.

You also won’t experience the distinct characteristics and all of the terpenes of a strain with an isolate. This isn’t to say that an isolate is a bad choice. They can be a particularly solid choice for those looking to try CBD but have an undesirable reaction to THC. With an isolate, they are assured that there will be no THC.

Broad spectrum concentrates are something of a different animal. This distinction typically refers to CBD extracts where the THC is removed, but still have the full cannabinoid profile of the plant.

There are times though when broad spectrum may also refer to isolates where terpenes, flavonoids, or other minor cannabinoids are added after the extraction process. Similar to CBD isolates, a broad spectrum CBD extract will offer some of the entourage effect, but without the psychoactive effects of THC.

The Battle Between Full Spectrum Vs. Isolate Rages On

Meanwhile, for those dabbling or looking for specific results from one cannabinoid, an isolate will be the better choice.

At the end of the day, whether you go full spectrum, isolate, or broad spectrum will depend on your preferences, as well as how your endocannabinoid system reacts to different cannabinoids.

Demanding quality cannabis is the best place to begin. Click here to find a provisioning center near you that carries our top-of-the-line cannabis concentrates, edibles, and other products.