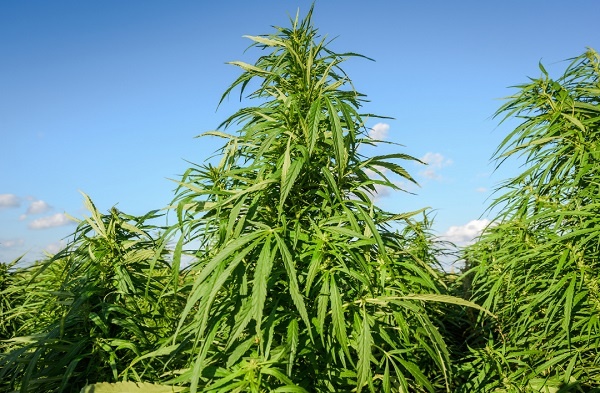 As any commercial cannabis producer will tell you, there are multiple benefits to growing cannabis indoors.

That’s why there are an increasing number of state-of-the-art grow houses “sprouting” up around the country.

This isn’t to say there aren’t advantages to growing cannabis outdoors though. Especially for those who are new to cultivation and wish to dabble in growing a few plants in a fabric pot or planter outside at home.

The cannabis plant is no pansy.

It’s a hardy plant that’s been able to adapt to a wide range of climates around the world. In doing so, it’s built a line of defenses against a host of conditions.

As such, growing cannabis outdoors requires only the bare minimum – basic gardening tools, soil, pots, access to water, and a location with plenty of sunlight.

Of course, it’s crucial you abide by the cannabis laws in your area. Even if it’s legal to grow cannabis outdoors, you’ll likely need to keep them from public view. Trying to hide them among other plants can backfire, as they can grow tall very quickly.

Using a large fiber pot or planter that allows for ample drainage and plenty of oxygen for the roots is a good way around this. Plus, container gardens give you the flexibility to move the plant to different spots so you can protect it from harsh conditions while maximizing sunlight.

Which brings us to the first of several considerations.

The cannabis plant requires the sun’s full spectrum to contribute to its growth and development. This includes the growth of the molecules that make up the terpenes and cannabinoids.

To maximize natural light exposure, you’ll need to be aware of the season’s photoperiod in your area. This is the amount and intensity of light that’s available during the growing season.

Growing plants in the Northern Hemisphere means placing the them in a location with a lot of southern exposure. In the Southern Hemisphere, the opposite is true.

It would be nice if it were as simple as just ensuring your cannabis plant has enough sunlight. But when finding that “perfect spot,” you’ll also need to consider a few other factors.

If you live in an area that tends to be windy, provide natural structures and formations in your garden that will serve as windbreaks.

In climates that are exceptionally hot and sunny, you can avoid your plant overheating with a shade cloth. On the flip side, placing your plant near a heat-retaining cement or brick wall in colder climates can keep your plant warmer.

You may also need to plan for rain. While the rainy season typically aligns with the end of the flowering stage, if it’s unusually rainy during flowering, you’ll want to cover or move your plants to avoid issues with mold.

The weather isn’t the only unpredictable consideration.

Pests and wild plants are two of the biggest drawbacks to growing cannabis outdoors. Pests are unavoidable and can include anything from small slugs to large deer.

In the case of insects, your best bet is to use organic pesticide and insecticide solutions. You can also employ the help of beneficial insects, fungi, and bacteria.

To deter larger animals, you’ll want to construct fencing of some sort. With container plants this won’t be as much of an issue.

Weeds will also not be as big of a concern for plants growing in pots and containers. And while they won’t kill cannabis plants growing in the ground, they do compete for nutrients in the soil. So in that case, add a layer of mulch on top of your soil.

You don’t want to skimp on your soil, as it’s crucial to the success of your plant’s ability to produce. And unlike pests and unpredictable weather, it’s one of the few factors which you can actually control.

Stick with a dark soil that’s rich in nutrients. Your local gardening center should have an organic potting blend that will do the trick. You want a soil that’s able to retain water while still allowing for drainage. Invest in a pH meter or test kit to ensure that the pH of your soil is around 6.

Despite their hardiness, daytime temperatures between 75 and 85 degrees Fahrenheit is the ideal temperature range for cannabis growth. They can survive temperatures above 88 and below 60 as long as it’s not for an extended amount of time. Sustained highs and extreme lows can cause complications or even kill your plant.

Again, the distinct advantage of a potted or container cannabis plant is the ability to bring it indoors should the temperature suddenly change.

There are three primary nutrients your plant will need: nitrogen, phosphorus, and potassium.

Organic sources of these nutrients is preferred. These include alfalfa meal, bone meal, kelp meal, bat guano, fish emulsion, dolomite, and earthworm castings. As more and more folks take an interest in growing plants on their own, it’s easier to find mixes especially formulated for cannabis plants.

Just be sure to avoid all-in-one fertilizers as they are often too high in nitrogen.

Container plants tend to dry out faster than those in the ground, so you’ll want to stay on top of watering. Hand watering is the best method, as it allows for you to give your plant the exact amount it needs – especially if you have more than one type of cultivar.

Larger plants and those in warmer environments will need more water. And the amount of water will change throughout the plant’s cycle. Once the plant grows roots, it won’t need to be watered as often.

If the plant is wilting or the soil is dry, that’s a sure sign it needs water. On the other hand, drooping leaves are indicative of too much water. Over time, you’ll be able to read your plant and get a feel for what it needs.

Even if you’re doing it just as a hobby, growing cannabis outdoors will at least give you a deeper understanding of what goes into cultivating this amazing plant.

And in the mean time, you can still rely on getting top-of-the-line cannabis products from our cultivation facility and kitchen.

Click here to find a provisioning center with our products near you.