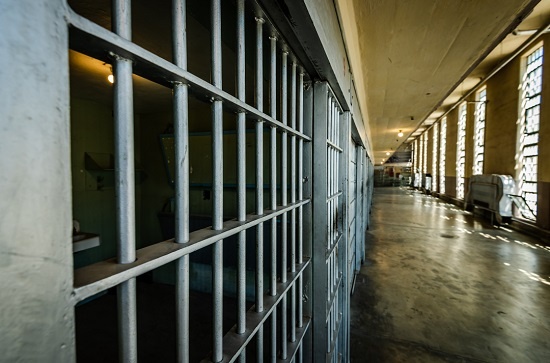 If you’re in the cannabis industry loop, you’ve more than likely heard of Michael Thompson and his fight for prison reform.

Back in 1996, the now 69-year-old was facing a potential 60-year sentence on selling marijuana and trumped up gun charges. His sentence was commuted in December of 2020 though, and at 4am on a cold January 28th, he walked out of a prison facility as a free man.

That doesn’t make up for the 25 years he lost while behind bars. So Michael Thompson’s fight for prison reform makes perfect sense.

He’s doing so in the unlikeliest of places though – a state-of-the-art cannabis cultivation facility in Burton, Michigan.

UBaked Cannabis Steps up to Help

Moved by Thompson’s plight, and disturbed that he was imprisoned for an act that is now completely legal, Robert Dodge and Amy Beauchamp, owners of UBaked Cannabis, reached out to Thompson.

While Thompson’s record prohibits him from working around the cannabis product, they realized that they could provide a platform for him to spread his message about prison reform.

“I felt indebted that we are profiting from this industry in which he spent 25 years in prison for,” said Dodge in an interview with FOX2 News in Detroit.

The irony that the very thing that put him in prison is now giving him a second chance is not lost on anyone. Especially not Thompson. “I should be bitter,” he says. “But I’m not.”

Having a new home, driver’s license, and this position at UBaked has given him a renewed lease on life. He even gets to work with his grandson, also named Michael, at the facility.

Thompson’s road to incarceration began when he sold three pounds of marijuana to a friend who had turned informant. After the arrest, law enforcement subsequently got a search warrant for his house, where they found firearms.

Regardless of the fact that many were antiques and most were safely locked up, they stacked gun charges on him – “which they do on a lot of people of color,” said Thompson.

He endured tremendous struggles while locked up. He lost his son to illness and survived a case of COVID-19 himself, all while having little to no contact with his family.

And prison life was beyond horrible. Despite his lack of a violent criminal record, Thompson was housed with convicted killers. He said the food wasn’t fit for a dog and spent fifteen years advocating for healthier and nutritious options. He was repeatedly told such changes would be too costly.

When the laundry machines broke, rather than shelling out to capital to fix them immediately, inmates were forced to wash their clothes in the toilet.

“Prisons turn people into animals,” says Thompson. He hopes that lawmakers and top state officials will hear his pleas and conduct a state-wide investigation of these horrific conditions.

Standing up Against Injustice

Thousands have been pushing for Thompson’s release for years — including advocacy groups such as The Last Prisoner Project and Michigan’s attorney general, Dana Nessel. Thompson says recent conversations with her have been encouraging.

“My story is the very story that should never happen within the penal system, nowhere in America,” Thompson said in a CNN interview.

He continues to hear the voices in his head of fellow prisoners still stuck in the system for similar offenses. “Tell the truth, man, they said. You’re our last chance. Tell the truth,” Thompson recalls, shaking his head. “So that’s what I’m doing.”

Support Thompson in His Fight

If you’re inspired by Michael Thompson’s fight for prison reform, you can get involved with The Last Prisoner Project to help further this cause.

And if you’d also like to support this fight by shopping at locations near you that stock UBaked grown product, you can find dispensaries by clicking here.